The more I clear away internalized negative beliefs about myself and feeling states that accompany these beliefs (e.g., “I’m not good enough”), the more I clearly understand how vital it is to minimize and, where possible, avoid spending time around anyone who relates to me from a place that reinforces these negative beliefs. I will not automatically return to any past relationships tainted with emotional toxicity. I would need the other party in question to indicate some significant changes having happened in themselves, demonstrated by them freely admitting to any hurtful statements and actions they had said and done to me and expressing remorse over these. I would then gladly admit to any I had said and done to them and apologize. That would be a healthy start.

Initiating the making of amends is a courageous act. Over the years, I have made it a point to do this where and when I can, when doing so would clearly not cause any harm to the other party. This has been very healing to do, even when the other person has received my amends with some reservation. It has still felt like the right thing to do.

I try to be vigilantly mindful around stopping my automatic habit of “othering” people here and there, including whole groups of individuals. It’s part of an overall mindfulness practice for me to maintain and improve upon. This is something for everyone to consider doing.

I have a Masters degree while my husband has no college degree. But, his ability to figure out mechanical stuff like how to operate the DVD player with our three remotes or how to fix a household appliance never ceases to impress me. I have no patience or focus for such things, but, over and over again, he sure does. Also, his visual-spatial capacity/abilities surpass mine. He envisions how to set up and/or remodel a room with ease.

Intelligence reveals itself in so many ways. I honor and respect my husband’s expressions of brainpower which show up time and again. Any comparing between us of who’s “smarter” is pointless and ridiculous.

I know all too well what it’s like to survive sexual and mental-emotional predation, which saps the spirit at its core. Far too many of us in the world have endured such abuse in one (or more) form or another. It is my life’s work to help others leave and heal from predatory behaving people, avoid falling into exhibiting such toxic behaviors then often learned from said individuals, and live lives more filled with peace, love, joy and healthy reciprocal relationships. So mote it be!

Every so many years, I go through some intense period of professional growth which inevitably intertwines with my personal growth. The last time I felt this kind of sea change happening in my life was when I trained in Internal Family Systems (IFS) therapy from Sept., 2012 (starting on my birthday) to May, 2014. Now, it’s occurring again for me while embarking on wholeheartedly learning Brainspotting (BSP) therapy. This time, the growth feels faster, while learning IFS, also intense at times, was comparatively more gradual. In between was getting taught EMDR (Eye Movement Desensitization and Reprocessing) in 2017, which felt like a great augmentation to IFS yet its own powerful, technical tool. I did not feel a sense of collective enthusiasm and community around EMDR like there is with IFS and BSP.

It is awakening and buoying to my spirit to join another wave of something so transformative, a form of healing art that truly exists for the greater good. While I’m admittedly very tired from all this learning and application of something new, it’s a good tired. 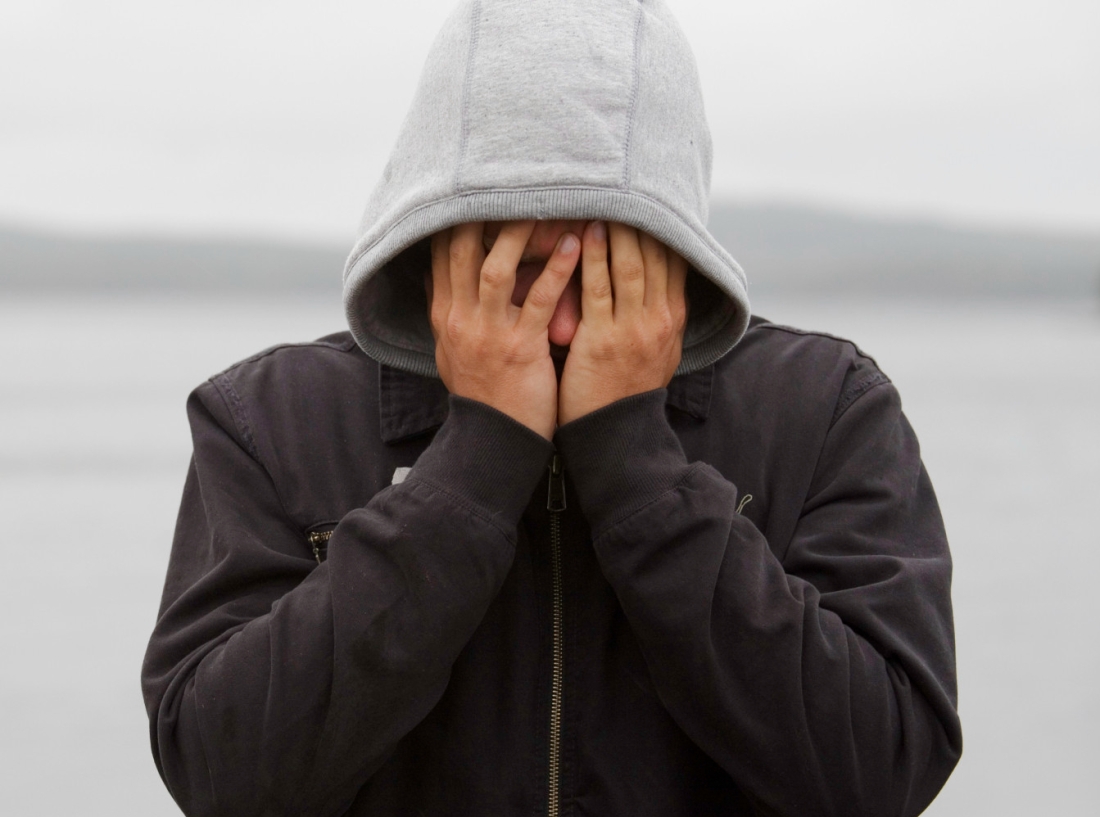 I was just listening to NPR in my car to a show about people’s real life experiences of being embarrassed, including the long-term repercussions from these incidents. I could relate. A central aspect of most, if not all, extremely embarrassing situations is humiliation. I believe actual mistakes that lead to feeling embarrassed are generally forgivable/reparable. But, even when, say, a group of witnesses or even the public has long moved on from judging a person’s perceived mistakes/errors in judgment, the physical/somatic sensations of feeling humiliated remain, triggered forth again by some subtle reminder(s) in one’s environment or even simply by a passing thought.

A lot of us have survived intense embarrassment, often repeated occurrences of this emotional state, including by someone(s) very close to us in childhood, which results in a betrayal of trust. The world can then seem like humiliation lurks around the corner. You never forget because, as trauma specialist Dr. Bessel Van der Kolk states in his well-titled book, “THE BODY KEEPS THE SCORE.” Even small embarrassing moments can and often do trigger a mental and physical cascade response to past, old humiliations. Through helpful somatic-oriented psychotherapy, these embedded-in-the-brain and body reactions can be shortened and de-intensified, but I don’t think they ever completely go away. I believe this is evolutionarily important. It is good to hold some memory so one can retain helpful knowledge of these past painful experiences and avoid repeating them as best as possible. Also, empathy for others is deepened, or at least the opportunity for this to happen is presented.

I’ve done all I can to distance myself in proximity and time from those in my past who humiliated me. I know others have also accomplished this for themselves. I’ve created a wonderful, stable life filled with supportive and neutral (such as strangers in my neighborhood) people. I’ve worked on healing myself deeply, including developing a level of self confidence (such as in my competence as an effective psychotherapist) I wasn’t quite sure I’d ever know. But, there is admittedly an edge of caution I still retain. This translates into avoiding more potential embarrassment that could arise in, say, speaking before large groups of people, something I’ve hardly ever done in my life. I remain quite sensitive to the possibility of being humiliated, albeit significantly less so than I used to feel.

If you or someone you know is particularly concerned about being embarrassed and, likely, humiliated, which is not exactly the same as worrying about what others think of you (which I largely could care less about except with a small few who I know well and love), please hold patience and compassion for that individual, including yourself. Sensitivity to embarrassment, especially the sting of humiliation, is a scar on the psyche, a reminder of one’s tender humanity.

I do not subscribe to the old, rigid proverb, “Blood is thicker than water.” I do subscribe to the value and action of nurturing healthy reciprocal relationships, whether these happen to occur with blood relatives, only non-relations, or perhaps a mix of these in one’s life.

Note to Self: Narcissistic people are everywhere, living from a deeply self-centered “I above everyone else” frame of mind. It’s so important to give this way of thinking as little validation as possible while doing whatever you can to genuinely value the whole person(s) before you as (an) equal(s), neither above or less than any of us. Mindfulness around actually practicing/applying this view is key. Please remain aware and alert as best as possible. Enjoy and nurture genuine reciprocity (true connection) with others wherever you can, like the precious life resource that it is.

I think it’s quite common in childhood and early adulthood to have fantasies of grandeur. These can be part of daydreaming, which is often an adaptive coping skill in the face of enduring difficulties in one’s environment that are out of one’s control. I believe more of us than not outgrow the need to focus on these types of fantasies, except, perhaps, on infrequent occasions for sheer entertainment or as part of enduring some acute, unpleasant stress.

Those folks who make it a point to manifest their fantasies of grandeur, no matter what the cost, enter a dangerous zone, ethically and relationally. They have foregone efforts to live from out of true Self, which they surely don’t believe even exists in them. Instead, it becomes all about creating/manufacturing an inflated, sadly false, self that must be constantly fed by external validation from others to exist. Hence, why such a way of living is akin to vampirism, albeit in an emotional, psychological way.

Dr. Ramani S. Durvasula, who specializes in understanding narcissism and helping others heal from narcissistic abuse, urges a paradigm shift in collective thinking and response here around the age-old glorifying of narcissistic behaviors, which continue to be admired and enabled, particularly in leaders. Like her, I see no need to glorify asshole-dom in any form. We survivors of narcissistic abuse and our allies can take back power in sharing and emphasizing other narratives and stop headlining the narcissists’— other than ones, perhaps, in which these kind of folks are finally put in their place with the rest of humanity. After all, narcissists are human like the rest of us, part of the collective “we,” who put on their clothes each day like we all do.

I hold hope that narcissism on both a collective and individual level can be healed, even if only up to a point for actual full-blown narcissists (who are likely incurable, yet possibly somewhat healable). It’s a very tall order, but possible. It comes down to a critical mass of dis-incentivizing and extinguishing overly self-centered behaviors in people and reinforcing healthy, pro social ones, over and over again. I understand, however, that at this moment in time, one might as well try and herd a mass of cats than embark on such a social endeavor I’m proposing. Still, large scale change often starts with widely sharing a proposed paradigm shift and then proceeding to explore ways to execute it. I think many efforts across assorted disciplines and projects (small and large) point to being planted seeds for the growing forth of such a societal shift I’m talking about.